Kent Petersen
·         To Cordell Andersen
Cordell, Thanks for the fascinating info on Hades Canyon.  I sent your email to brothers Charlie and Steve and
son Wes.  Wes and I got twelve inches of heavy snow dumped on us one night at we slept in our old “Jimmy”
at Splash Dam.  The spot is such an icon in all of our lives.
Not long after Charlie’s mission during the early years that the Hades road was being built, Charlie and I
planned a trip into the Granddaddy’s thinking we had to hike Lightning Ridge.  As we came up the North Fork
in Charlie’s VW
Beetle he could see the cut being made up Hades.  I remember how disappointed he was that the Grand-
daddy’s would now be so easily accessible.  We still had to hike from about a mile below the dam.  We had a
great trip.  Camped at the cabin at Lodgepole, hiked East Granddaddy Mountain, slid down the snow fields,
jammed in, Palisade, Lost, Pine Island, Fish Hatchery, Betsy, Granddaddy.
It started to rain hard and we ran to the cabin packed up and head for Hades Pass hoping to get there before
dark and hike the trail to the car by moonlight.  The rain got worse.  The moon never came out.  Charlie had a
light colored poncho that I focused on and just kept stepping lightly.  I remember to this day Charlie saying,
“Put your feet down easy. We roll an ankle tonight and we’re in trouble.”  I remember following the trail along
Splash,  crossing the stream below and following the CAT road to the VW.  We were cold, wet, exhausted,
and hungry.  When we got to Defa’s everything was closed up.  Charlie pounded on the bar door until a light
came on.  The lady looked at us and said, “I ain’t cooking nothing for you, but you can buy a Coke, some
chips and a candy bar.”  It was a Hersheys.  Deep feelings and memories.
Kent Peterson
UNTIL THE HIGH UINTAS THAW OUT  …… ENTERTAIN YOURSELF WITH A LITTLE HISTORY and A FURIOUS FIGHT WITH GANG-BANGERS 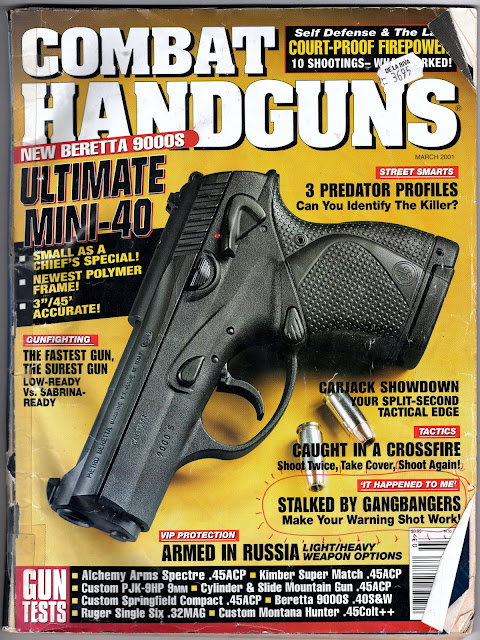 It happened back in 2001 on the main street in Guatemala City right in front of Taco Bell and described  in this issue of COMBAT HANDGUNS.
The Introduction on the Contents page said: 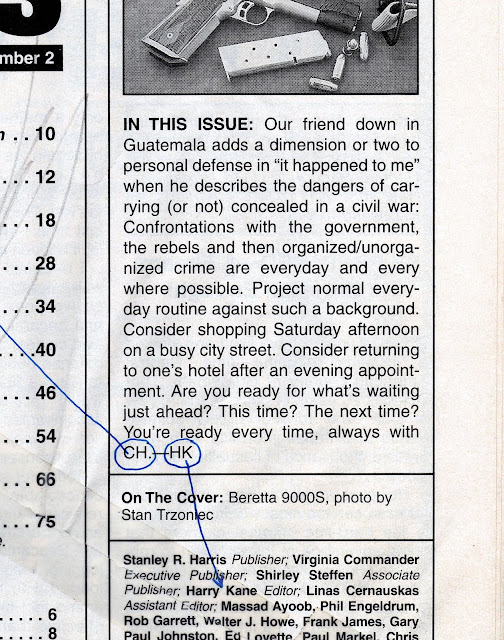 The following two pages describe that event and one other.  All of it sort of helps make sense out of my mention in some of the reports on this website about me often carrying my Colt .45 Defender in the High Uintas.  I got used to being armed as I lived through the 35 year long Guerrilla War in Guatemala, and here in Utah  have my Concealed Carry Permit. 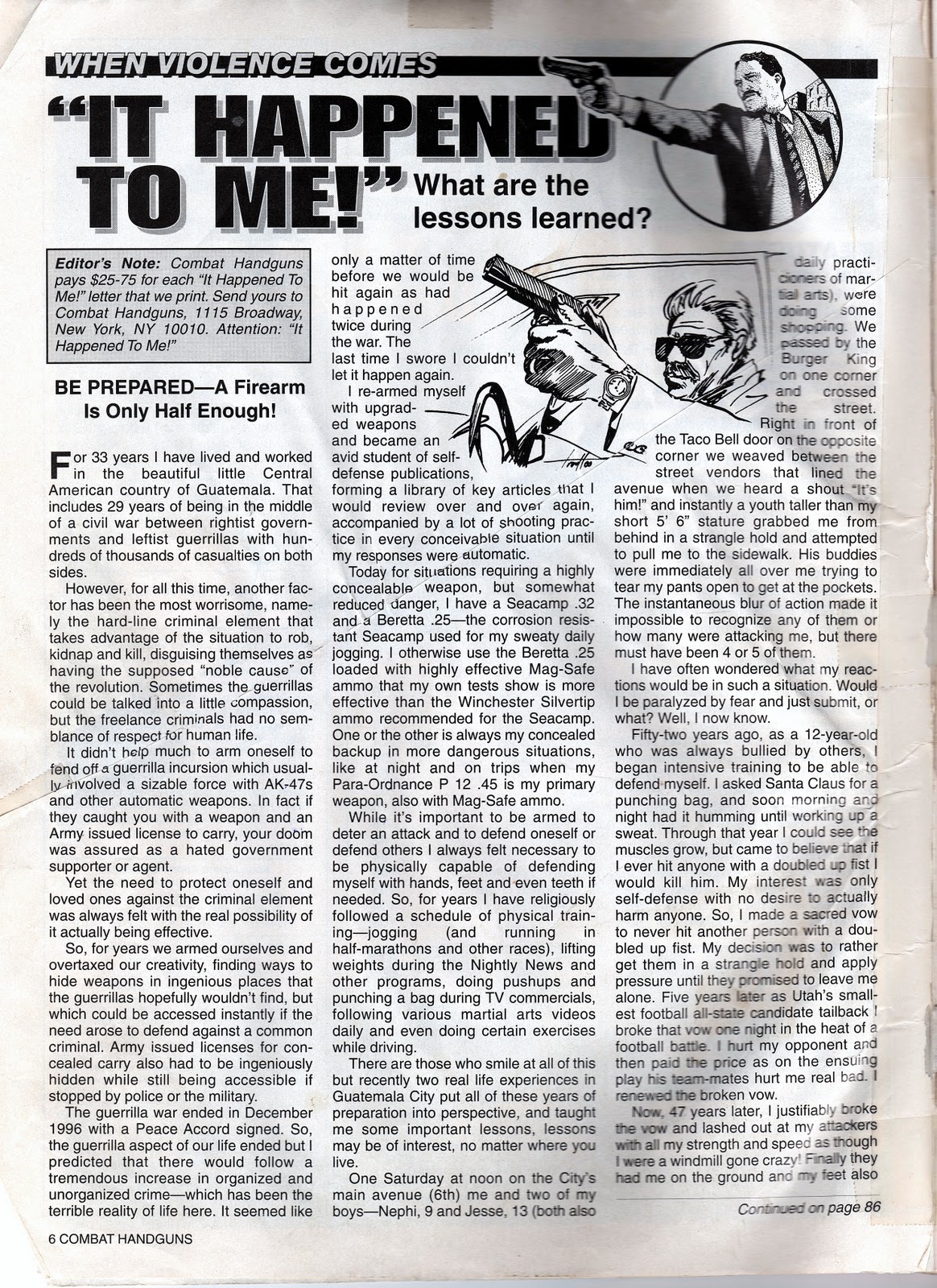 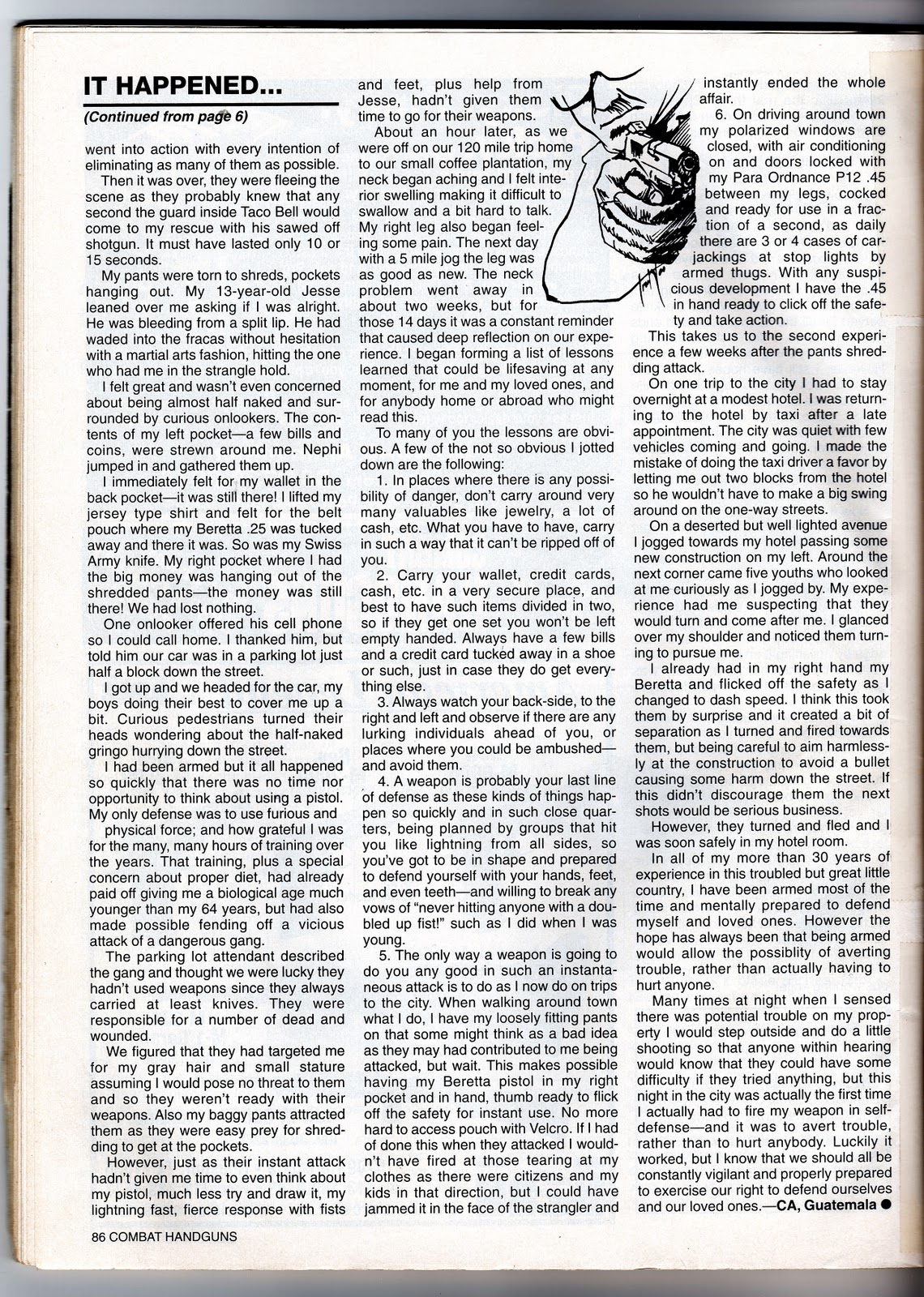 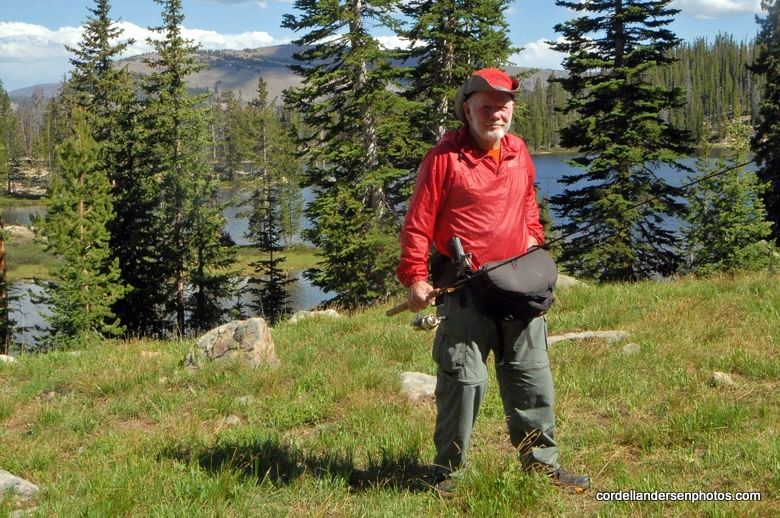 Only once in the High Uintas was it necessary to draw my .45 Defender and fire a warning shot.  Read about it at:  A WILDEYED BEAST