Skip to content
NOTICE–Monday, Aug. 22:
Made it back from Jackson Park/Crow Basin.  Within a day or two I’ll have up and running a fascinating YouTube video slide show, and a post here following the same outline, but with links that will be very beneficial to all. It will be entitled something like:
WOW…JACKSON PARK/CROW CANYON..SAW IT!  SURVIVED IT!  NEXT?
Also another one entitled:
ALMOST “SPOT 911” … Prepare to Beat the Odds!
In the meantime you can see  what I did on SPOT TRACK Trip #7 clicking on  Hybrid and zeroing in to see all the details. 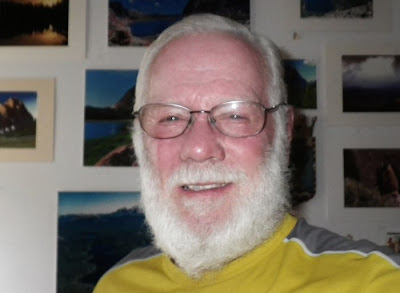 CONCERNING THE LAST TRIP (#6):
WERE YOU SUPER-OBSERVANT?–Following SPOT Tracking?

After 2 miles of one tough jeep road for my small SUV I parked and started a tough hike up into unknown territory where eventually I would have to leave the trail and navigate down into a trail-less box canyon and Crow Basin.  I left home my 13 lbs. of photo equipment and went with my tiny Pentax water-proof point and shoot camera, but did have on my waist my Colt .45 Defender. 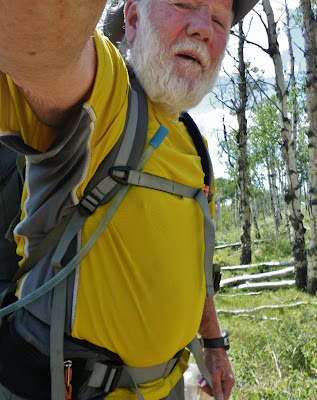 Absent around my waist for the first time in 1,470 miles of backpacking is my photo waist pack. No tripod either, nor heavy extra batteries, etc.  13 pounds for each of the 26,000 steps taken in a half-marathon adds up to 338,000 pounds less weight lifted!


In an afternoon of hiking I made around 4.5 miles, but felt like it  was much more.   From there the next morning  I made my report via sat phone to KSL Outdoors (at the 6:35 point).  Afterwards, seeing where I thought I had to go still, I  wondered if this old 76 year old mountain man could do it.  I should have had a GPS to know exactly where I was, but did hit my SPOT tracker–so later at home I knew where I had been, and that I had been closer than imagined.
But, I decided on another option for the trip and headed back to the car.  My SPOT tracks reveal I had aborted the original plan and wandered east checking out the Dry Gulch Road, and then crossed Indian Lands to the Uinta River Trailhead.  From there I made a big swing up and around  the previously unknown Whiterocks Drainage–clear up to  where the Highline Trail goes by Chepeta Lake.  It was from there that the 64 year old Austrailian had left to head West and to date is still lost.  I will eventually give you a report on this area–outside the Wilderness Area, and a guide to help you all enjoy it.

From there I decided to head for the Hacking Lake/Leidy Peak far east end of the Highline Trail and hike in to Gabbro Pass, but my brakes had become very mushy, and when heading for
Vernal and that high country area, the brakes got worse and so in wisdom I turned around and headed for  my Springville home and the wonderful Johnson family repair shop.
The master cylinder needed to be replaced–now done, so I’ll head out tomorrow (Wed. 8/17) to do the Crow Basin thing–NOT GIVING UP! (or GIVING IN as said famously by Winston Churchill). 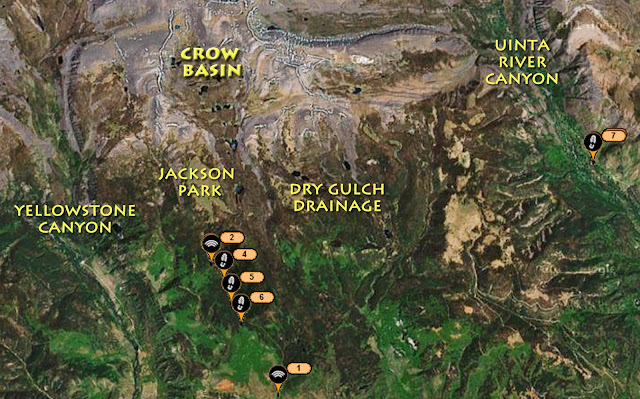 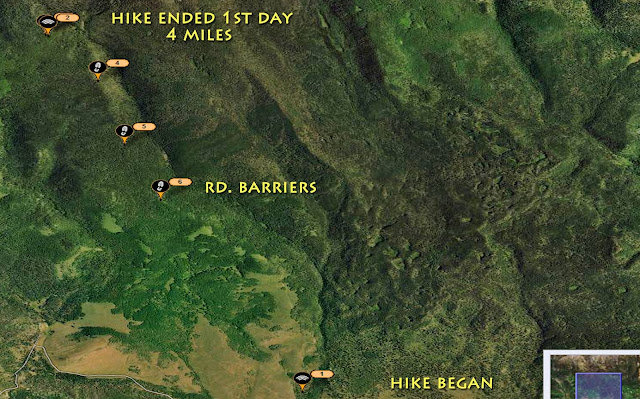 The 64 year old lost in the Uintas had a Personal Locater Beacon, but apparently wasn’t using it.  With a SPOT Tracker, key locations along one’s trail can be marked and found easily by the friends on one’s message list and Search and Rescue–as seen above.   Don’t go without one as shown on the right panel–clicking there, you can get one cheaper than anywhere and earn for the High Uintas Project a small commission. 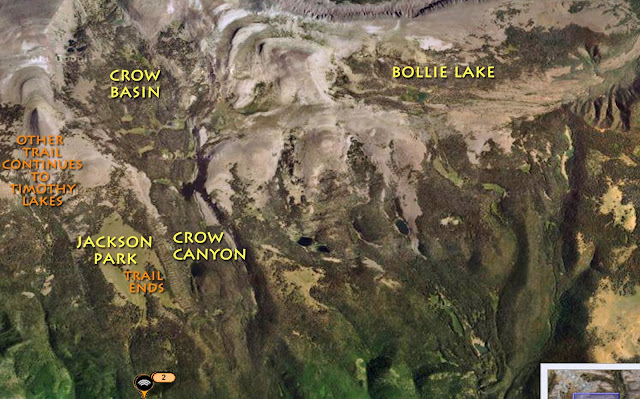 Above shows SPOT Track #2, where I had got to.  From there another mile and I would have been to Jackson Park where the trail ends.  From there I will have to find the right spot to bushwack/boulder hop down into Crow Canyon and 10,350 ft. high Crow Lake and from there explore the lakes up to timberline and the 11,000 ft. high DG-14 lake. 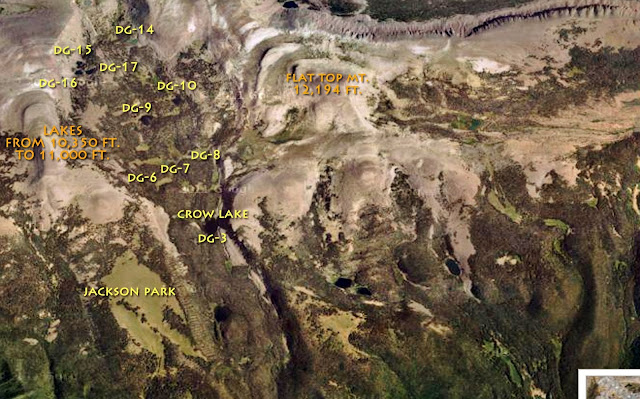 Equipped with better maps and Google Earth views, as seen above,  showing where I had got to, and exactly to where I had to proceed to accomplish my goal, I stand a chance of accomplishing my goals and exploring the “last High Uintas drainage never visited.”
I AT LEAST WILL ONLY GIVE UP WITH GREAT DIFFICULTY!
Click on SPOT TRACK to follow me in this exploration.

Once again I will give my sat phone report to KSL OUTDOORS Saturday morning from somewhere up in the high country.
Remember you can rent sat phones and SPOT Trackers from our good friend Russ Smith at SKYCALL SATELLITE 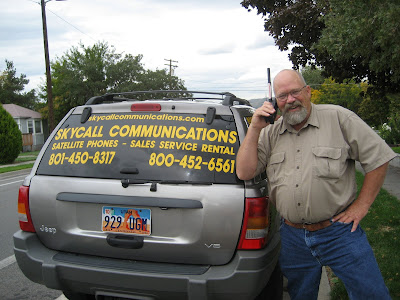 It’s not Skycall Communications anymore, rather SKYCALL SATELLITE, but the phone numbers all work still as do the highlighted links.