Skip to content
NOTE:  None of the photographs  can be used  without written permission from Cordell Andersen.
EMAIL:  cordellandersen@hotmail.com

Due to weather and Forest Service “closure”  this was a failed trip…details are reported in this post.

IMPORTANT NOTICE:  I arrived at the Uinta River Trailhead on Monday evening, July 6th and as I was preparing to go up the trail Tuesday morning  Forest Service employee, Jeff Mitchell,  arrived and posted “CLOSURE” signs for the Uinta River and Atwood Trails (from Robert’s Pass on) until July 16th due to a “fly over” operation with machinery  being helicoptered into the area.  So I quickly packed up and headed for the Lakefork Trailhead, but will leave below the info on the proposed trip as it is important as it is……
…..the one trip I have to attempt.….. 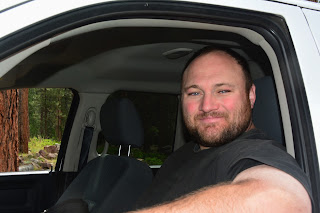 LESSONS LEARNED FROM BACKPACK #1 HAVE FORCED ME TO ELIMINATE NON-ESSENTIAL BACKPACKS NOT CRUCIAL FOR
“THE HIGH UINTAS WILDERNESS PROJECT”
So I will now leave for the Trailhead on July 22nd, and if all goes well be on the trail by Thursday, July 23rd for:
Backpack #2-2015  A SUMMARY OF WHICH FOLLOWS:
NOTE: This backpack is over….the following summary will be converted into a photo/essay reporting this backpack…give me a day or two to do it….hopefully by July  31st….I’ll send a notice when  done.  If you aren’t on the email list of “High Uinta Friends” send me an email with subject line:  UINTAS and you’ll be added.
From the Uinta River Trailhead, up over tough Roberts Pass into the Lake Atwood area, then up  above timberline to the George Beard Basin, and on to Trail Rider Pass (22 miles from the Trailhead), and Beard Lake…… 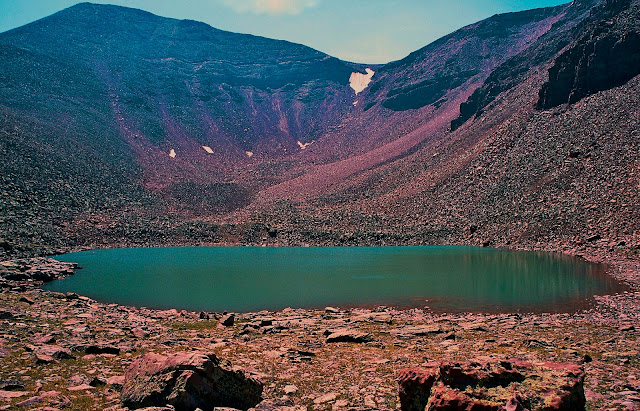 ……where I once hooked what would have been the Utah State record Eastern Brook Trout (seen below, I left swimming around while getting out my tripod, but then was GONE!)…….. 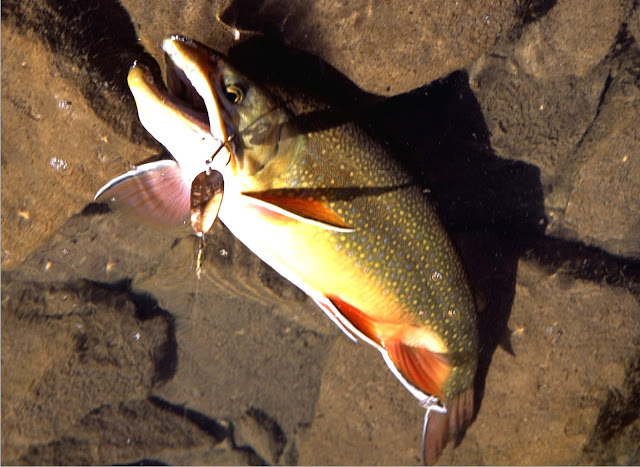 ……and then down a little to lake U-75, and from there climb up South Kings Peak, to “LITTLE ANDY LAKE” ….named due to my buddies at KSL Outdoors Radio who last year suggested a lake be named for me,  with me preferring my “nickname” from my youth.
NOTE:  Obviously my main objective is  to reach the tiny no-name, no-number lake to which  I’ve given my nickname…to see if it’s just a tiny swamp or joke of a lake, or…hopefully….

……AN  UNKNOWN and UNRECOGNIZED GLEEMING JEWEL….
…..that deserves a little recognition….and “fame,” and maybe the DWR air-dropping in a few native cutthroat trout…or maybe Golden trout..HINT, HINT!!!..above is  inserted the Google Earth view.
OBVIOUSLY THIS MIGHT JUST BE ANOTHER OF MY MANY
“QUIXOTIC ADVENTURES”….
…..but I’ll do my darndest to get to it…and report…this time with just my tiny point and shoot camera…as the only way I stand a chance is to cut down my load weight by 20 lbs.
Got to add that there are other worthy objectives of this trip…like to explore and test the fishing in what I’ve named “THE GEORGE BEARD BASIN”  (between the Atwood area and Trail Rider Pass)…..we see    below…HALLELUJAH…NO BUSHWHACKING THROUGH DOWNED TIMBER!

As explained in the YouTube video, THE GRANDADDIES, I relate briefly the amazing story of the pioneer artist/photographer, George Beard… 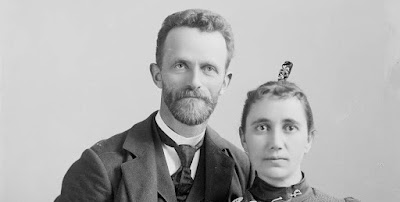 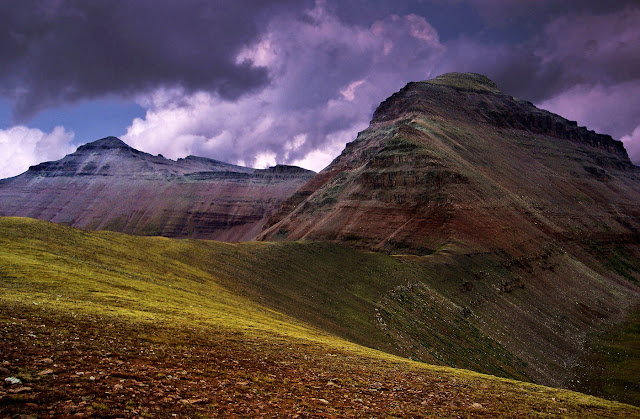 The stream from “Little Andy Lake” drains into lake U-75 you see below, above which is 13,387 ft. high MT. JEDEDIAH (Utah’s 5th highest peak) …..that I’ve named in honor of Jedediah Smith, who for me is the greatest of the mountain men and explorers of the West–and one of the first, along with his team, to trap beaver on the Uinta’s North Slope, which mountain I hope will eventually become recognized by more than just me. NOTE:  Actually the first to trap the Uintas was Donald Mackensie and his team clear back in 1816, and then Michel Bourdon in 1819 who actually named the river they had followed from the Snake River country in Idaho that led them to the Uintas.  Due to many bears in that area they named it the Bear River.  Michel was eventually killed by a bear in that area, where years later George Beard said he saw up Hell’s Canyon the “largest Grizly I have ever seen!” 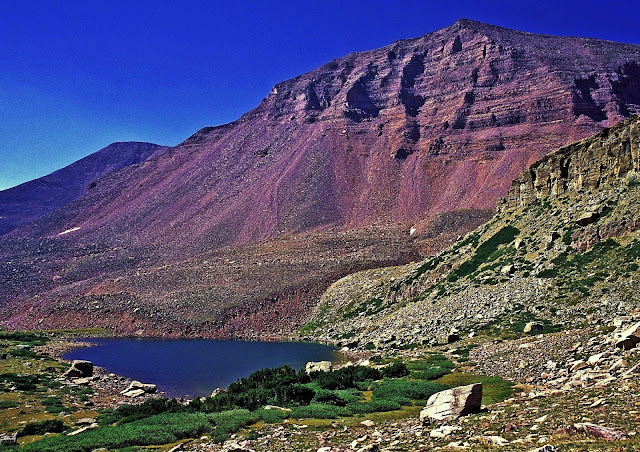 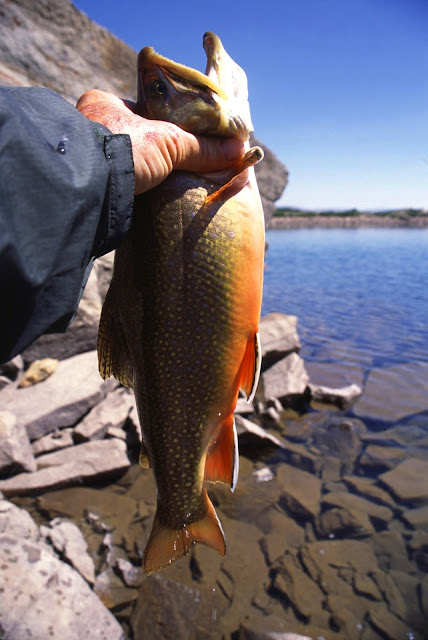 A very large 17″ long brookie from U-75
Then backtrack down the same trail, but detour to lakes like Oke Doke Lake, and hopefully very remote Albert Lake described as
“a must for the rugged outdoorsman.”

So, this proposed trip was a failure due to the “closure”  which in a sense saved me as the weather was horrible for a week, and I also made a mistake again with two weeks off from the Grandaddy trip and lost my conditioning which I soon  learned would have produced a disaster trying to reach Trail Rider Pass and area at least 22 miles from the Trailhead.
NOTE:  Tuesday, July 14th, if it’s the last thing I do I have to make the above trip, so I’m beginning today 3 x day workouts to be able to soon make that trip and report with the first photos of “Little Andy Lake!”